Think outside of the square 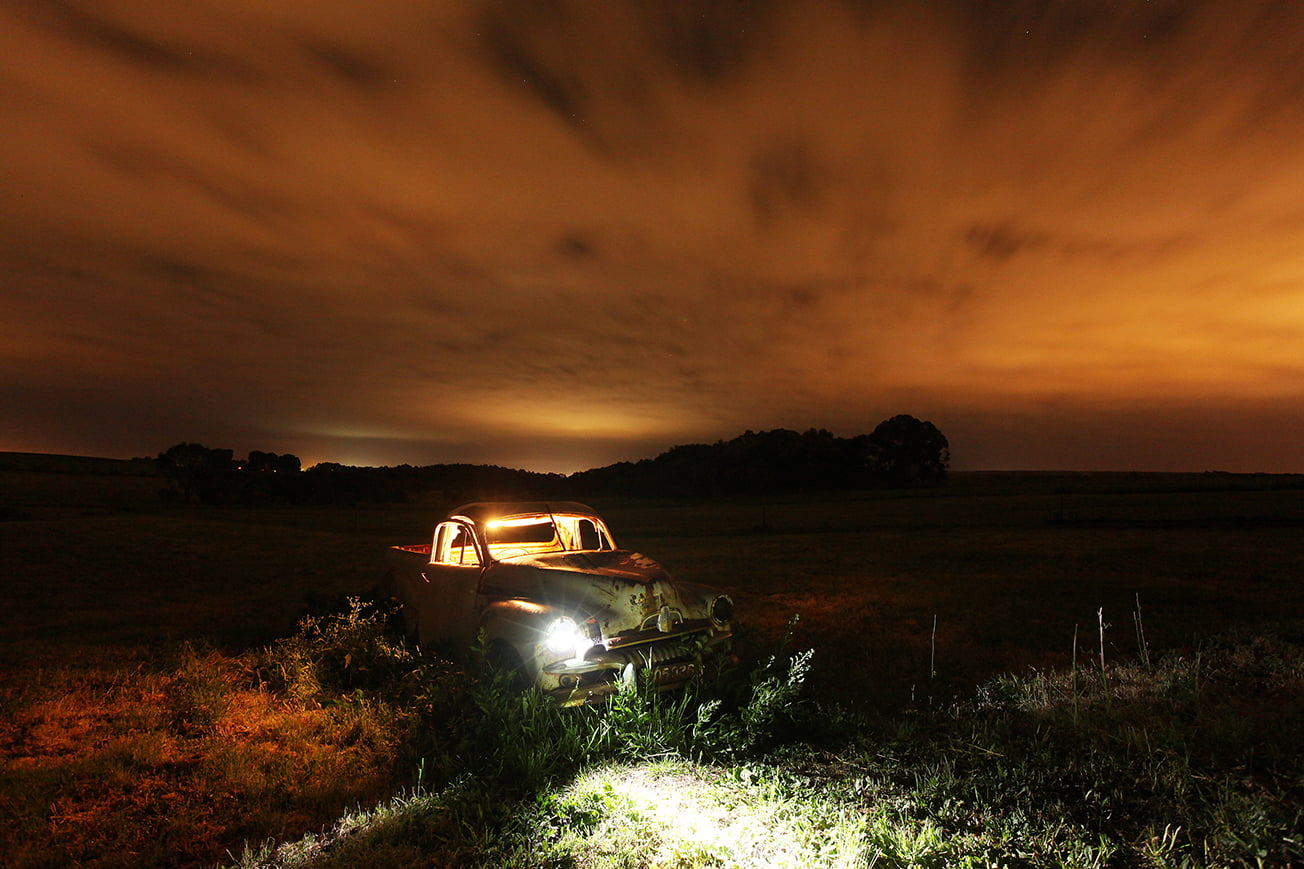 Thinking outside the square at times can hep you pull of shots that you would never have thought of taking in the first place. Such was this moment in time.

I love old cars and this one I have given the name,” The Girlfriend”to , that’s a story in itself, maybe for another time.I went out one night to shoot the stars above the Old Holden, and a FJ Holden at that. For my overseas friends, the FJ Holden was Australia’s first ever built car in the late 40’s and early 50’s.

Where I lived at the time when this photo was taken, meant that I was approx 25 minutes from the car. I went outside, looked to the heavens and saw clear skies which is what I was needing.

So it was in the car and off we go.As I was getting closer to where the old Holden was, I could see that the stars had been swallowed up the stars.Upon arriving where the car was ,there was a massive cloud cover the old car. No stars that night and I wondered how could I make the shot more interesting given that I will not be getting the stars on this night.

I had come a good distance for the shot and although the shot would allude me once again, I was determined that I was not going to be going home without a stunning shot of this old car. I sat in the field, dark and cold  and reflecting on what I could do to make this work for me.Thinking out side the square was what was needed on this night and that is what I did to achieve this shot.

So how was this shot taken? Do you have  any idea?  I will reveal this very soon.Do you have any ideas how this shot was captured? Pete:) 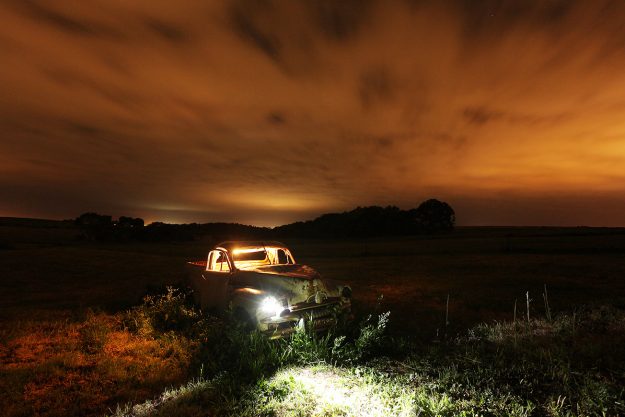