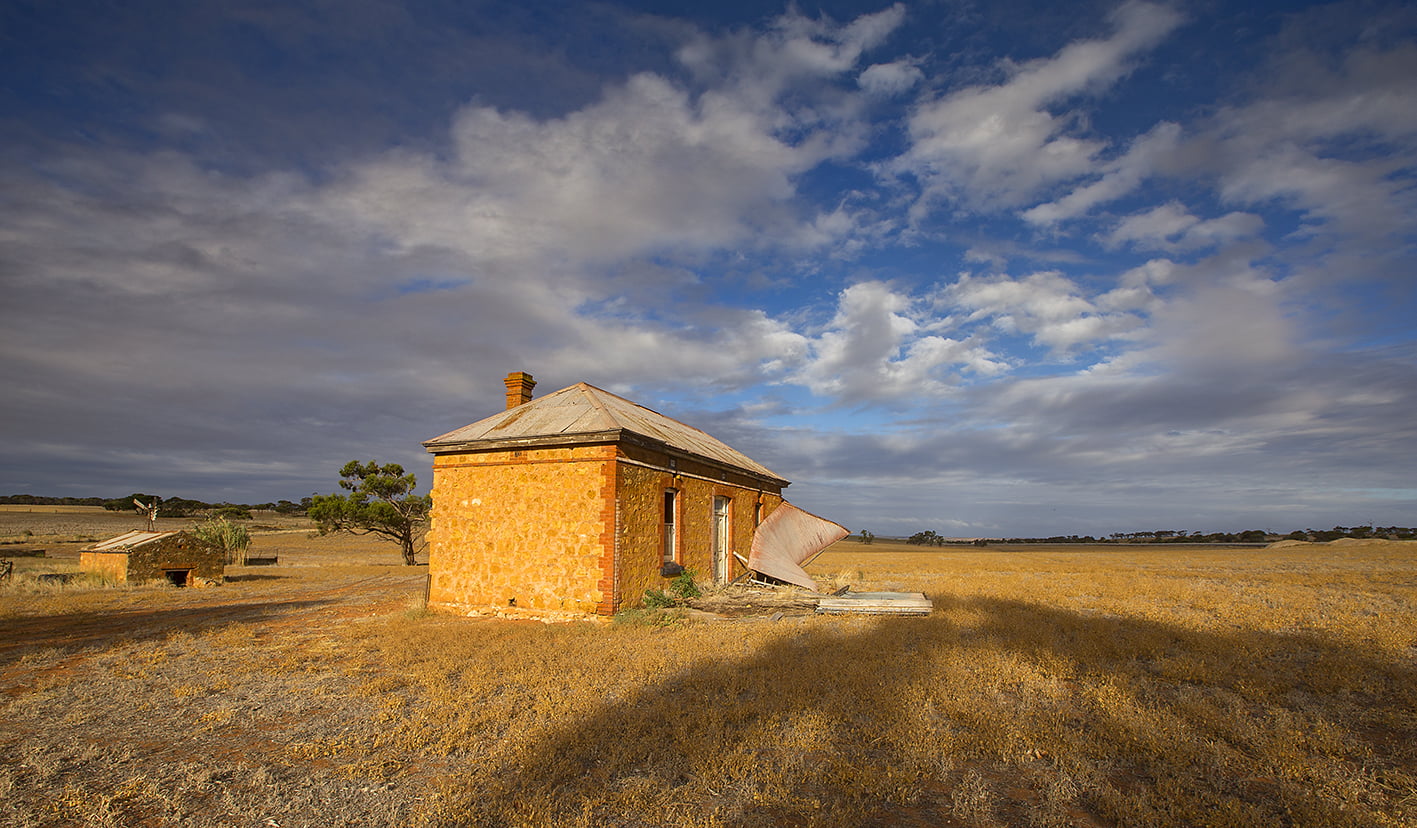 This blog is part one about the light on the same subject below.I love old ruins and Australia’s first ever built car, the FJ Holden.

I will speak about the light and until the day I pass from this earth. I will always talk about the importance of understanding the light. Often I’m asked, “ How did you get that shot?” When it comes to a shot that I’ve taken with dramatic light, the way that I get that shot is through understanding how light will react to the subject that you are photographing and the other thing is patience.

To be a photographer and no matter what discipline within photography that you are specializing in, you need patience. It is not rocket science but how many people actually have patience to sit and wait and to sit and wait when it is cold or in blistering heat. Our world is ever changing and one of the biggest changes in people is the lack of patience we have today. We want everything in an instant. We require it now and not later and we have lost the art of knowing what it means to be patient.When we have found that art of patience and waiting, you’ll be amazed the rewards you’ll get from your photography.

Here is a series of shots on my two favourite themes to photograph. Old ruins and Australia’s first ever build car, the FJ Holden.The first part of this show case the old ruin and then the next series of shots in part 2, I’ll bring in the FJ Holden and that day with the crew was just so cold.

This series of images were taken on a workshop that I was running. I had all of the crew out for this shot and what we were waiting for was the light to break.

It wasn’t the warmest of days and as I have said to people who have done my workshops, “ The shot doesn’t come to you, you have to go to it” It is that simple.

Whether it is freezing, too hot, if there is drama in the skies above you, the only way that you are going to get that photograph is ot be there in the elements and that requires patience. It doesn’t always go in your favour but when it does, its moving and emotive.

We can’t control the weather but what we con control is our knowledge of where the light will hit when it does pop and when it pops, you need to be ready for it. To make sure you have the correct settings on your camera etc 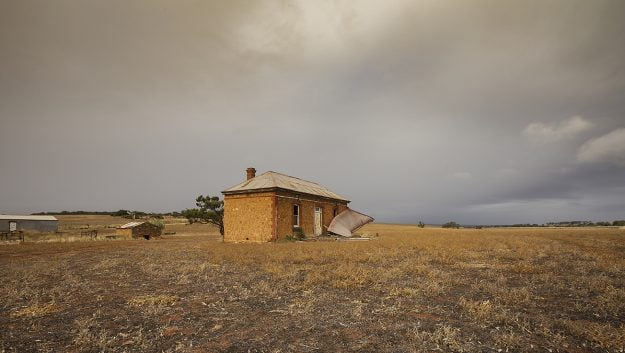 Often when we arrive at a location it can look like what you see above. With the homework done, I knew that the sun would light up the old ruin if the clouds broke up but at first when we arrived there, I could tell many of the guests doubted me hahaha As I kept saying to them,” we only need a small opening in the sky to transform this whole scene that is before us.” 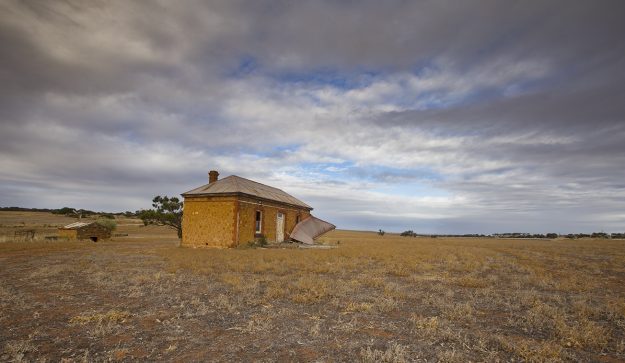 20 minutes on and the skies slowly begin to break open and when you though it was going to happen , they would close up again and this went on for some time. A method of testing ones patience I would say from above. 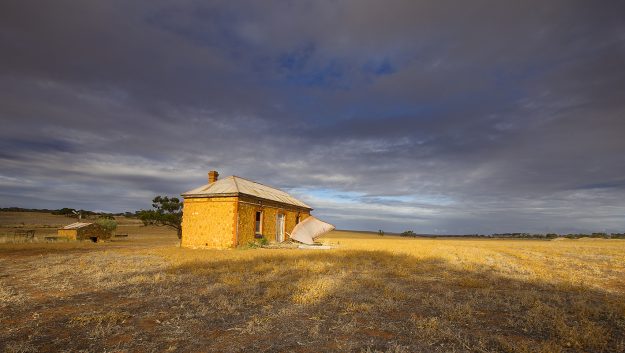 A nice strip of light appears and this in itself is a wonderful shot.Notice the shadow of the trees that were behind us. As the sun was seeking lower into the west the shadow were making their presence felt. 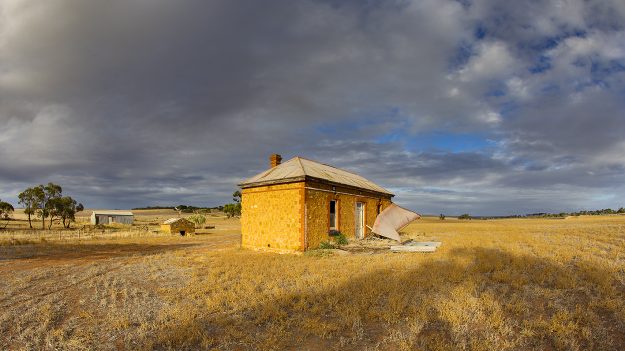 The light starts to fade as a cloud passing in front of the sun and at this stage it looked like the cloud was just going to hang there for sometime. 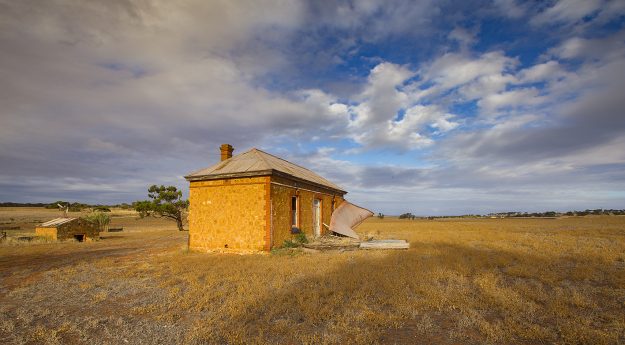 Light starting to fade and just when some of the crew were giving up in hope , below we were given the prize that we were waiting for. This little series of shots ( there were many others that were taken in between) was taken over a peroid of 90 minutes. 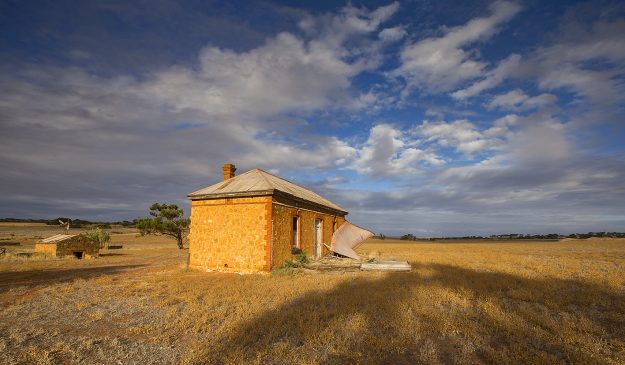 Part 2 coming soon. Same old ruin and added to the series of images is the FJ Holden.