There are things that excite us that will be different for all of us. What one gets excited about , the other will look and say to them self, “ how could he or she possibility get excited about that?” We are all different aren’t we.

For those who have been following my brief photographic journey on Facebook, will know that for Pete, the FJ holden is one of those crazy things that excites him.Why is that? Why get all pumped up over an old car that was manufactured in the 50’s?

Well for Pete it’s more than the car, it’s what the car represents.

For those who have been looking at my blogs, you’ll notice that I have been shooting a series of images on an old FJ Holden in the field which I call affectionately, The Girlfriend, old,rusty and hot!!! I have been shooting her for the entire year. I don’t post everything that I shoot of her.  I have started in the summer months with the browns and earthy colours of summer and followed through to the winter with the lush greens in the grasses and now it is starting to turn to the browns again from where I started as we head for summer.

I have always wanted to drive one of these amazing cars. For my overseas friends, this was Australia’s first modern car, called the FJ Holden and it was manufactured in the mid 50’s as mentioned earlier.

It’s a long story as to how I was able to drive one of these awesome cars for a number of hours.People in the country are so kind. I met this dear family whom I had never met before and the mum and daughter came out with me as I shot the car,.In those brief hours we had a ball. We were driving on the dirt roads, opening and closing gates,chasing the light, chasing the locations and generally having heaps of fun. I was with two complete strangers and by the end of the brief time , we were no longer strangers, The car was the common bond mixed in with photography.

I had never met these lovely people before and to hopped into the car with a stranger as in myself , that was a trusting act. The middle daughter is keen on photography so as we pottered here and there, I would give out little tips here and there in order to inspire her to follow her dream.It’s so important to have a dream and to work towards it.( that’s another story)

The car although old was full of charm, grace and had a sense of achievement in her as we drove around. We were chasing the light as the light was on the way down but still intense and the skies for the time I was there was simply breathless and blowing me away. I was so blessed by God with the canvas that he gave to me as his back drop to this wonderful subject.

As I was driving to this spot, it was just over an hour a way from where I was staying and the weather wasn’t that good. Windy, dusty, over cast but as I rolled up, the heavens began to part, the wind ceased and the light was divine and the adventure kicked off with the blessing from the awesomeskies that I was given from above.

Light is the most important element in any photography and landscapes are no different. If there is no light, there is no picture. Knowing how to use the light effectively plays a major role in capturing stunning and impacting images.

I drove, taking in the smells of the car, being blown away how comfortable the ride was given the age of the car.I was in another world.A world that I could have allowed myself to be lost in for such a long time.

As I drove the long windy and dusty roads, the breeze was delightful, the evening light fading but still enticing, clouds moving in, the rumble of the car continuous and my mind was bouncing all over the place.” How could I be sitting in this car”  thought to myself.

As we drove there were times I would stick my head out the window with the breeze into my face and simply shout out ” I’m driving an FJ Holden whooohoooooo” Crazy no doubt. no one could hear me apart form my new friends in the car and perhaps they thought to themselves,” What have we just stepped into, a crazy man shouting from the window of a driving car?”

As we drove my heart was racing, this was something on Pete’s bucket list to do before he goes to heaven. I was actually doing something on my bucket list. How you ever done that? I’m sure you have but for me , to be doing one of the many things on my bucket list was simply an emotional time for me. I know that I will never achieve all that is on my list as age is against me, but to do a few is just so wonderful.

When I was ever so young I fell in love with the FJ holden as long as I can remember.

The car represents more than just a car, for me it talks to me about life, the essence of life and how fast time is moving. As a little boy I fell in love with this car as I just get so excited and emotional. Why emotional because when I look and see this car, I see life, I see the drifting and the passing of time, I see that time is not static, I see the importance of doing something worthwhile in your life to encourage others. I see I’m no longer a younger person, at 55 I see the past, the present and wonder about the future. When I see this car, I embrace my past both good and not so good in life and when I see this car , I see how it has with stood the test of time, and that causes me  reflect. I too have with stood the test of time ,with  darkish beginnings as a young boy who was exposed to living in fear and violence , 18 months ago being run over by a car while riding my push bike, being told by 4 neurosurgeons that I should be dead, at least brain dead, going through a marriage break up a number of years ago and yet, God has persevered me through all of that I have faced and perhaps I’m a little different as a person because of that but nevertheless, I have emergaed through it and have learnt some very valuable lessons of life.

The old FJ still embraces life after so many years and even in its aging state in some cases and you see them crippled in the field,  and yet there is an lovely beauty about them, a charm that is only reversed for those whom who still chose to hold their head up high and not bow to in defeat.

The old, rustic are always a draw card for most landscape photographers due to there seductive charms, their drawing personalities and beauty.

When I see the FJ Holden, I see that which is  dignified and a sense of  elegance, even in its old rustic presence.

Our lives are constantly moving, even when we sit still, life is moving, our lives are moving even when we think it is not going anywhere, it is always on the move, hence the reason we are aging of every second of the day. We can’t  avoid that but what we can do is make sure that we can embrace the life that we have to ensure that we will enjoy it the best way we can. I’m not talking about having lots of money an going on a spending spree.

Happiness is not found on material things, they don’t offer  fulfillment in life at all.

I’ve been told by some that I think to much, perhaps I do but its just who I am and for me, that is what makes me I guess.

Having the opportunity to drive in the FJ holden, was more than a drive down a road, more than a drive in an old car. For me it was a drive about life . For Pete it was it was about the past, the present and the future in terms what we do with out lives. The FJ has with stood the test of time, hasn’t given up .

I can’t thank this couple enough for trusting me with their precious car and to have been able to sit behind the wheel was indeed a pleasure.

The FJ holden,, for me is about embracing life.

I’m truly thankful for those few hours to have drive the old FJ holden. You see for Pete, it’s not about the car, it is what the car represents to me. Crazy you say, perhaps you are right, crazy I  am.

If you have read this, thank you for taking the time to do so.

“The real voyage of discovery consists not in seeking new lands but seeing with new eyes.“ – Marcel Proust 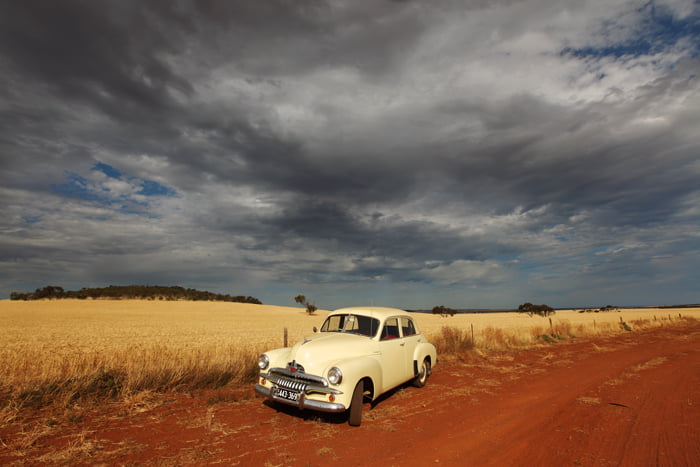 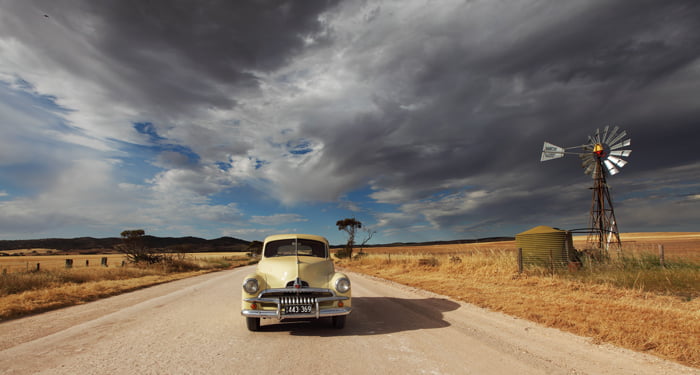 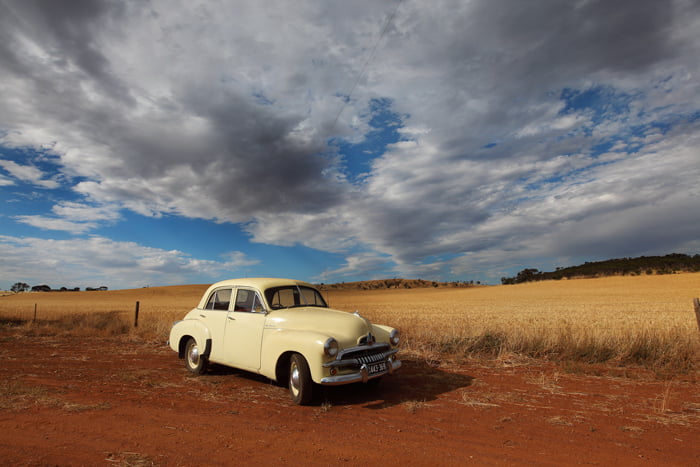 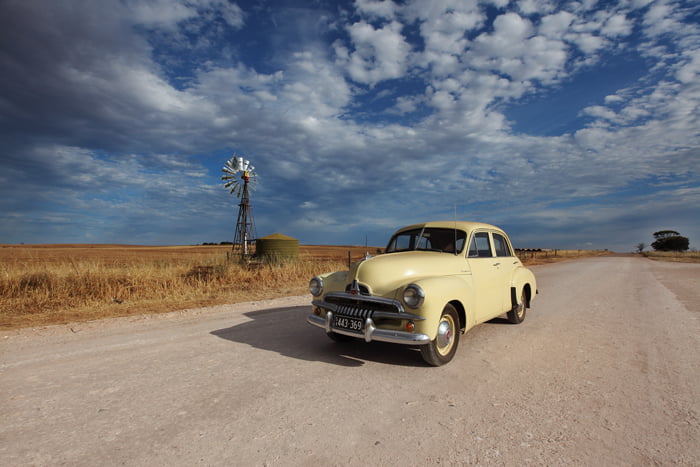 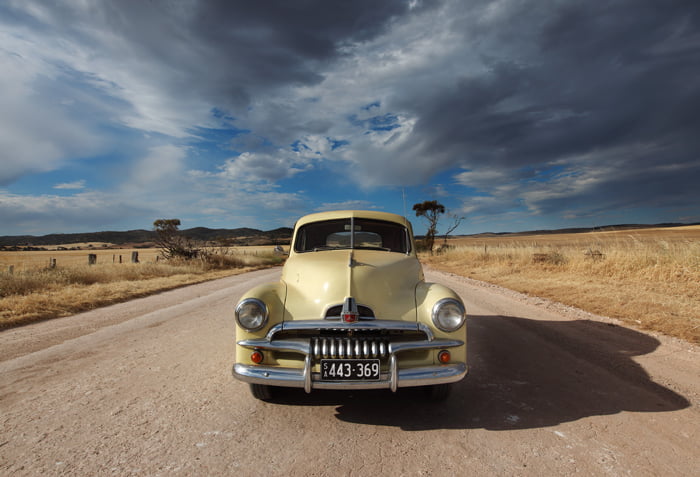 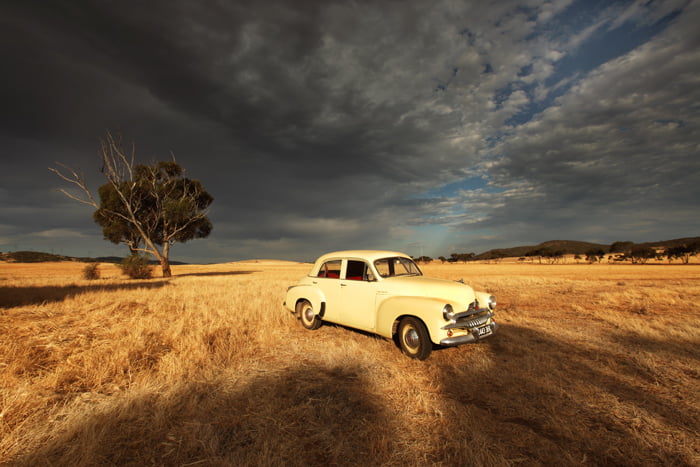 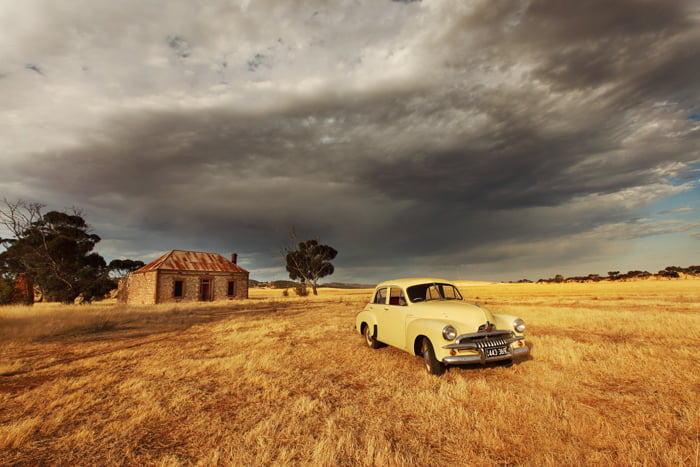 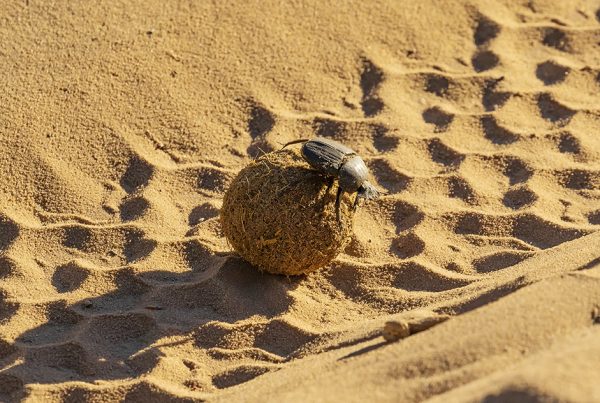 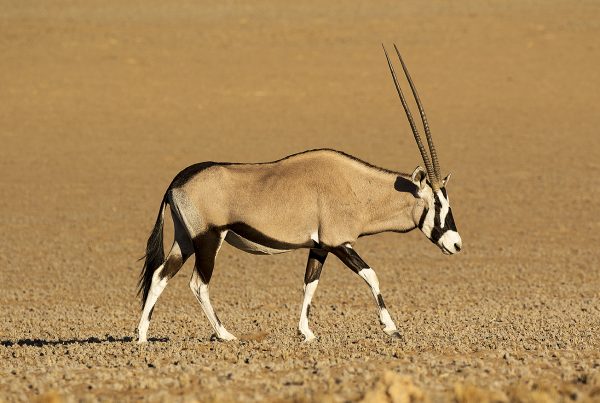 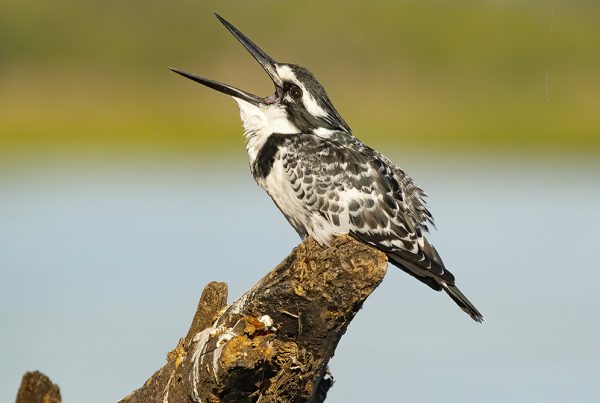 Why Is It Important Not To Be Rushed In Taking Pictures?